On 13th June 2022, the inauguration of the LUMI supercomputer took place in Kajaani, Finland. It took 3rd place in the TOP 500 ranking of the world’s most powerful supercomputers and 1st place in Europe with a measured performance of 151.9 PFlop/s that will be further increased to the target 550 PFlop/s. LUMI is one of the supercomputers with the lowest carbon footprint since it is entirely powered by the hydroelectricity and the heat generated by its operation will provide up to 20% of the heat for the city of Kajaani. LUMI offers European researchers a world-class ICT instrument for understanding complex phenomena, such as the climate change or the application of artificial intelligence, and also serves as a platform for international collaboration in research, technology development and innovation. 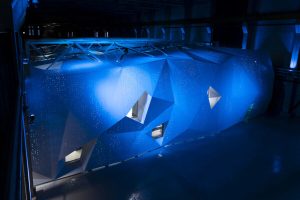 Inauguration of the LUMI supercomputer

“Today marks a major step for Europe’s digital and green transition. LUMI is now the fastest and most energy-efficient supercomputer in Europe, and one of the most powerful ones in the world. Thanks to its massive computing capacity, LUMI will enable scientific breakthroughs in for instance medicine and climate research at a much faster pace. It could be in the development of vaccines, diagnosis of cancer, or mitigation of the effects of climate change. This is a great example of the enormous potential of artificial intelligence to improve our lives,” says Margrethe Vestager, Executive Vice-President of the European Commission.

“LUMI is an ecosystem for high-performance computing, artificial intelligence, and data-intensive research, which enables breakthroughs in several branches of academic research. In addition, a fifth of LUMI’s capacity is targeted to companies that are getting the opportunity to use methods of next-generation high-performance computing and to give rise to new skills and Innovation,” adds Kimmo Koski, Director of the CSC – IT Centre for Science, a Finnish organization hosting LUMI. 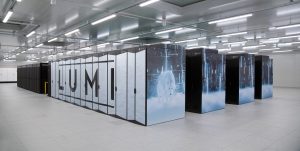 Engagement of Czechia in the LUMI consortium

The LUMI supercomputer is owned by the EuroHPC Joint Undertaking, and it is run by a consortium of 10 countries – i.e., Belgium, Czechia, Denmark, Estonia, Finland, Iceland, Norway, Poland, Sweden and Switzerland. Czechia is involved through the IT4Innovations National Supercomputer Centre, a part of the e-INFRA CZ large research infrastructure. Czech scientists are thereby gaining access to one of the most powerful computing tools in the world. 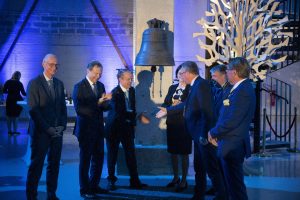