European Organisation for Nuclear Research (CERN) is an international organisation based in Geneva, Switzerland, which operates the largest laboratory in particle physics worldwide. Established in 1954, CERN comprises 23 Member States and a number of cooperating countries and observers. The highest governing body of CERN is the CERN Council. The annual budget of CERN is approximately 1.2 billion CHF while the annual contribution of the Czech Republic reaches the level of about 11.5 mil. CHF and is covered from the budgetary chapter of the Ministry of Education, Youth and Sports (MEYS).

The main research infrastructure of CERN is the Large Hadron Collider (LHC) and its experiments ATLAS, CMS, ALICE, LHCb, MoEDAL, LHCf and TOTEM. There is a number of “non-LHC” experiments too. In CERN different R&D activities are implemented, which are later used on experiments and within other technology development activities (e.g. magnets, superconductors, detectors, medical applications, etc.). The research infrastructure of CERN is used by about 13 000 users each year. 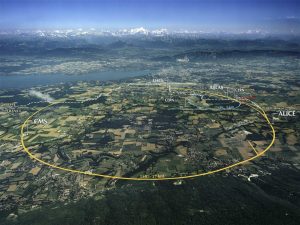 Each year CERN procures technologies, supplies and other services for about 550 mil. CHF to ensure operation of its research infrastructure. The main planned activity for following years is the upgrade of the LHC and of its main experiments. This upgrade is included in the ESFRI Roadmap. CERN supports also knowledge transfer activities and creation of spin-offs and provides the Member States with the development of business incubators CERN BIC. 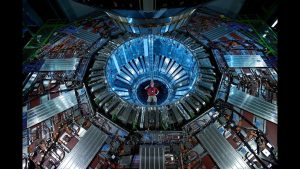 Participation of the Czech scientific community in CERN is coordinated within the framework of large research infrastructure project CERN-CZ, which goal is the development, production and operation of scientific instruments at CERN. The project is supported by MEYS by about 23.5 mil. EUR per year in the course of the period 2020-2022.

Participation in CERN experiments is usually ensured by Memorandums of Understanding concluded between CERN and national funding agencies of participating entities (not only from Member States). The access to CERN research infrastructure is limited to CERN staff and registered users. Nevertheless, the data produced at CERN are available to all members of scientific collaborations. 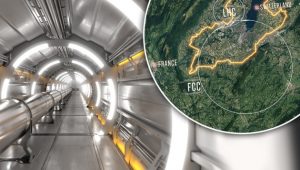