The CERN-CZ organizes and promotes the participation of the Czech research community in the international particle physics laboratory CERN (Conseil Européen pour la Recherche Nucléaire) in Geneva. CERN, with the world largest collider LHC (Large Hadron Collider), plays the leading role in the energy frontier experiments. Following one of its principal roles, CERN also organizes the European research in particle physics. The research infrastructure (RI) aims to support the Czech contribution to the developing, construction, maintenance and operating of scientific instruments in CERN experiments, including the infrastructure located in the Czech Republic (CR) necessary for R&D, detector construction, and for processing data collected by the CERN experiments. The CERN-CZ promotes new technologies for particle physics detectors and their applications and provides the expertise in the area of particle physics instrumentation in calorimetry as well as tracking detectors based on semiconductors, including R&D of radiation hard detectors, detector construction, cooling, cryogenics, vacuum, electrical design, mechanical design, and large scale data processing. Together with Committee for Cooperation of the CR with CERN, the RI CERN-CZ coordinates representation of the CR and Czech research institutions in governing and advisory bodies of CERN and CERN experiments. Unique experimental devices built with the contribution of the Czech research organisations constitute the core of CERN-CZ. They allow the Czech research community to contribute significantly to the world-class results in particle and nuclear physics produced by the CERN experiments.

Development plans of the RI CERN-CZ closely follow those of the main CERN facilities, in particular the plans for the LHC high luminosity upgrade foreseen in 2024 – 2026, which will lead to a tenfold increase in the frequency of collisions. The Czech research organisations are involved in two major LHC experiments: ATLAS (A Toroidal LHC Apparatus) and ALICE (A Large Ion Collider Experiment) and several smaller experiments. The LHC experiments have to build new detectors able to operate in the harsh environment of high intensity beams. Significant resources of the RI CERN-CZ are dedicated to developing and construction of these new detectors. Upgraded LHC and the experiments are foreseen to be in operation until 2035.

The RI CERN-CZ serves as a communication point, which enables know-how and innovation transfer to and out of the Czech research community. CERN ambitious scientific program, together with the opportunity to work with cutting-edge technologies, attracts many experts and students not only from the field of particle physics. The participation in CERN projects increases the visibility and attractiveness of the Czech science and Czech research organisations in eyes of the general public and media. Deliveries and successful operation of numerous instruments built in the CR for CERN represent technically demanding contracts for the companies, which further stimulate their innovation skills. 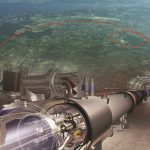 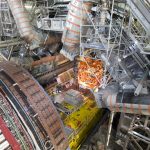 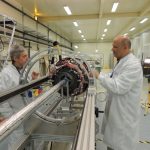 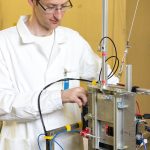