This year marks the 20th anniversary since the founding agreement of the international Pierre Auger Observatory in Argentina has been signed. The celebration ceremony that took place last week in Malargüe was attended not only by a delegation of Czech scientists but also by the Czech Ambassador in Argentina Karel Beran.

With its four telescopic stations, each one equipped by six telescopes, and 1660 surface detectors spreading over more than three thousand square kilometres the Auger Observatory is possibly the largest scientific observation array in the world. Its aim is to detect and study the high-energy particles of cosmic rays penetrating the atmosphere, some of them many times more energy-charged than those artificially created in the CERN collider. The project has been conceived in early 1990s by a Nobel Prize awardee American astrophysicist James Cronin and his colleague Allan Watson. Czech scientists have taken part since the very beginning.

Through the Institute of Physics of the Czech Academy of Sciences, the Charles University and the Palacký University in Olomouc the Czech Republic was one of the project-founding countries. Fifteen out of twenty-seven mirrors for fluorescent detecting telescopes of the Observatory were made in the Czech Republic. With the contribution of the Astronomical Institute of the Czech Academy of Sciences the robotic telescope FRAM has been designed and operated to help detect atmospheric conditions to calibrate observations. All that has been possible through financial support provided by the Ministry of Education, Youth and Sports, currently within the large research infrastructures funding instrument.

The large research infrastructure AUGER-CZ has been very positively evaluated in the last international peer-review assessment and, therefore, has been granted the funding for the next three-year period 2020-2022. It is also one of the cornerstones of the latest update to the Roadmap of Large Research Infrastructures of the Czech Republic for the years 2016-2022. 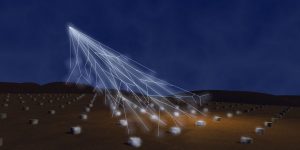