The eXTP Mission (enhanced X-ray Timing and Polarimetry Mission) is an upcoming Chinese X-ray Observatory with planned significant European contribution to the scientific instrumentation. The observatory eXTP is designed to study the state of matter under extreme conditions of density, gravity and magnetism. It should be launched no later than 2027.

The main instrument will be LAD (Large Area Detector) that will be composed of many detectors, to which the X-ray photons will be directed by the so called microcollimators. It is a promising technique, not yet employed in any space project, with the potential of the order-of-magnitude increase of the detector area with the high time resolution.

The Czech team composed of scientists from the Astronomical Institute of the Czech Academy of Sciences and Silesian University in Opava will contribute – in cooperation with Czech industry – by design and manufacture of Detector and Collimator Frames with the precision required to achieve unprecedentedly large effective area. This will allow Czech scientists to participate on measurements of X-rays from the closest neighbourhood of black holes and neutron stars.

Czech participation in the eXTP mission will be supported in the preparation phase B by 496 kEUR from the contribution of the Ministry of Education, Youth and Sports to the programme of the European Space Agency (ESA) PRODEX. The total costs for PRODEX of Czech participation on eXTP are estimated at 2.1 MEUR.

ESA is not yet involved in the eXTP mission, but is exploring the possibility of participation of its Science Programme in the mission in the form of a “Mission of Opportunity”. The ESA‘s Science Programme currently offers also many other opportunities for Czech scientific institutes and businesses. 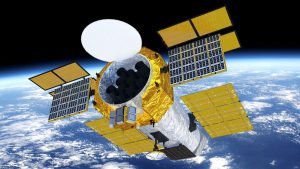