On 22nd February 2022, the European Commission adopted the Implementing Decision to establish AnaEE ERIC (Analysis and Experimentation on Ecosystems) to operate the AnaEE European research infrastructure. ERIC (European Research Infrastructure Consortium) is a legal entity introduced by the EU legal framework specifically designed to operate European research infrastructures. AnaEE ERIC brings together a total of 7 European countries – France, Czechia, Denmark, Italy, Finland, Bulgaria and Belgium, and CIHEAM IAMB (International Centre for Advanced Mediterranean Agronomic Studies). The statutory headquarters of the AnaEE ERIC consortium will be located in France in the premises of CNRS (Centre National de la Recherche Scientifique) near Paris. Czechia is involved in the consortium through the Ministry of Education, Youth and Sports and the Czech national node CzeCOS, coordinated by the Global Change Research Institute of the Czech Academy of Sciences. With AnaEE ERIC, Czechia becomes a Member State of the 16th ERIC consortium. 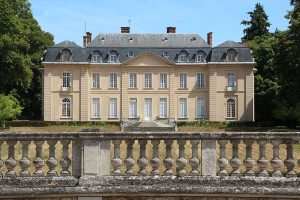 The AnaEE European research infrastructure provides tools for the experimental studies of European terrestrial and aquatic ecosystems. One of the AnaEE’s core ambitions is to understand the complex influence of the different factors involved in the global change. To this end, the AnaEE ERIC consortium will develop technologies and know-how in the fields of ecosystem sciences, develop strategies for adaptation and mitigation of the adverse effects of the climate change on food production, and thus contribute to the promotion of the European bio-economy. The participating scientific stations offer researchers the conditions for in natura and in vitro observations.

The AnaEE European research infrastructure is typical for its facilities that allow for simulating a wide range of environmental changes, such as the land-use change, pollution, biological invasion, increasing concentrations of greenhouse gases and/or sudden occurrences of drought. They facilitate testing the impacts of climate change on ecosystems, whether it comes to the food production and food quality, renewable energy production, water retention in the landscape, provision of drinking water sources, non-productive functions including biodiversity conservation, cooling functions in the landscape, or the role of ecosystems in reducing the greenhouse gas emissions through carbon storage. Experiments carried out using AnaEE expertise will allow for predicting impacts on ecosystems up to several decades in advance and thus initiating effective adaptation when it’s still possible.

CzeCOS provides a wide range of its users with unique facilities, such as growth chambers, open-top chambers, experimental stations, or bioreactors for impact studies of the effects of the global change on the terrestrial and aquatic ecosystems. CzeCOS ecosystem stations are used to measure greenhouse gas emissions and investigate greenhouse gas and energy fluxes in the terrestrial ecosystems, including the assessment of the effects of changing environmental conditions. The CzeCOS atmospheric station is used to investigate long-range fluxes of greenhouse gases and air pollutants. For remote sensing of the Earth, useful for assessing the spatial variability of global change effects on terrestrial and aquatic ecosystems and for research on carbon cycling and other biogeochemical cycles at larger spatial scales, the CzeCOS aerial laboratory uses laser scanning (lidar) and hyperspectral and thermal sensors.

The first AnaEE ERIC conference will take place in Prague Czechia already participates as a Member State in ICOS ERIC (Integrated Carbon Observation System), and, as a designated founding Member State, also in the preparation of the consortia to operate the ACTRIS (Aerosol, Clouds and Trace Gases Research Infrastructure), DANUBIUS-RI (International Centre for Advanced Studies on River-Sea Systems) and eLTER-RI (Long-Term Ecosystem Research) European research infrastructures. By participating in the AnaEE ERIC consortium, Czechia confirms its leading position in the environmental sciences within the European Research Area.