The Ministry of Education, Youth and Sports (MEYS) and the business and investment development agency CzechInvest agreed on cooperation on the establishment of a Business Incubation Centre of the European Organisation for Nuclear Research (CERN) in Czechia. The cooperation is based on a Memorandum, which was signed on 3rd December 2020. The main role of the CERN Business Incubation Centre (CERN BIC CZECH) will be to support the use of CERN knowledge and technologies in the development and growth of start-ups, and to support the development of products with a high added value.

Within the CERN BIC CZECH, the Czech side will be responsible for scouting of suitable companies (start-ups) and projects for incubation, support of the incubation itself, and will offer consultancy with the development of incubated companies. Incubated companies will also be able to receive direct financial support. CERN will offer incubated companies the possibility of technical visits to CERN’s facilities, a number of consultation hours and preferential access to CERN’s knowledge, technology, licenses and patents. The launch of CERN BIC CZECH, the publication of detailed conditions for participation and of the conditions of call for participation is expected in first months of 2021.

“CERN studies show that CERN knowledge finds application in a variety of areas – from medicine through IT, energy and aerospace to FinTech (financial technologies). Our goal is to further support the transfer of knowledge from CERN to the Czech Republic and speed up its use by Czech companies. We also want to show that technologies and knowledge from basic research can find quick application on the market.”, stated Pavel Doleček, Deputy Minister for Higher Education, Science and Research at the Ministry of Education, Youth and Sports.

Czech companies and scientists are already involved in the CERN Knowledge Transfer. The main examples are Medipix particle detectors, which were also developed by Czech scientists, and are used by Czech companies ADVACAM (imaging technology for use in various fields), InsightART (X-ray authentication of art) and Jablotron (educational toolkit based on particle camera). Another example is the recent sale of a license to use a patent for the generation of special optical structured beam (laser), developed at CERN by scientists from the Institute of Plasma Physics of the Czech Academy of Sciences, to a Dutch start-up for use in developing technologies for a next-generation telecommunication links.

CERN is an international research and development organisation, which operates the world’s largest laboratory in the field of particle and nuclear physics. The Czech Republic is a Member State of CERN since 1993, resp. Czechoslovakia as of 1991. CERN currently has 23 Member States. The Czech contribution to CERN amounts to approximately CHF 12.5 million per year (i.e. approximately CZK 300 million), while its payment is ensured by the Ministry of Education, Youth and Sports, which is also responsible for the Czech membership in CERN. 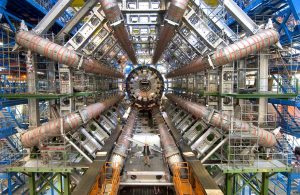