ESA’s Science Programme Committee (SPC) during its meeting held on 14th November 2018 has confirmed the continued operations of 10 scientific missions in the Agency’s fleet up to 2022. After a comprehensive review of their scientific merits and technical status, SPC has decided to extend the operation of 5 missions led by the ESA’s Science Programme – Cluster, Gaia, INTEGRAL, Mars Express, and XMM-Newton. The SPC also confirmed the Agency’s contributions to the extended operations of Hinode, Hubble, IRIS, SOHO, and ExoMars TGO.

ESA’s science missions have unique capabilities and are prolific in their scientific output. Cluster, for example, is the only mission that, by varying the separation between its 4 spacecraft, allows multipoint measurements of the magnetosphere in different regions and at different scales, while Gaia is performing the most precise astrometric survey ever realised, enabling unprecedented studies of the distribution and motions of stars in the Milky Way and beyond.

Many of the science missions are proving to be of great value to pursue investigations that were not foreseen at the time of their launch. Examples include the role of INTEGRAL and XMM-Newton in the follow-up of recent gravitational wave detections, paving the way for the future of multi-messenger astronomy, and the many discoveries of diverse exoplanets by Hubble.

Collaboration between missions, including those led by partner agencies, is also of great importance. The interplay between solar missions like Hinode, IRIS and SOHO provides an extensive suite of complementary instruments to study our Sun; meanwhile, Mars Express and ExoMars TGO are at the forefront of the international fleet investigating the Red Planet. 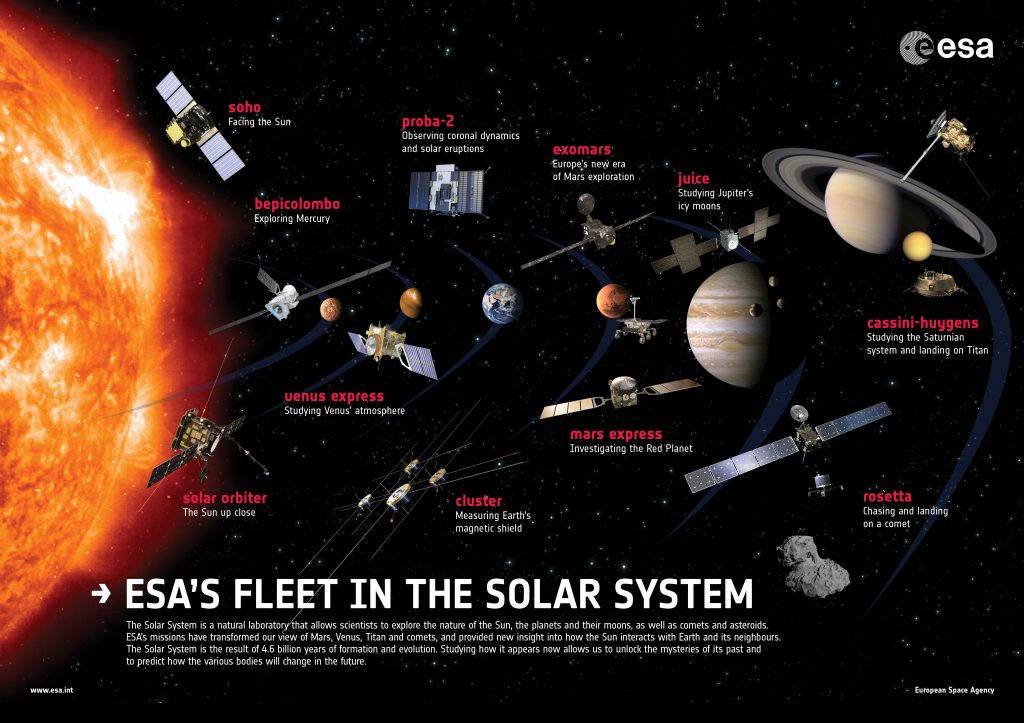