Breukelen, 13th November 2018 – The 12th Session of Assembly of Members of BBMRI‑ERIC took place at the Business University Nyenrode in Breukelen, Netherlands. The meeting was chaired by BBMRI-ERIC Director General Erik Steinfelder and its main focus was put on the discussion about the following direction of BBMRI‑ERIC, which objective lies in the operation and further development of biobanking towards research and development of new medical treatments.

In this context, the agenda of BBMRI-ERIC Assembly of Members included a presentation and approval of the work programme and budget for 2019, which were approved. A way to improve communication between the National Nodes and Headquarters of BBMRI‑ERIC and the integration of National Nodes within the legal entity of BBMRI‑ERIC was also discussed. An important point of the meeting was the election of the Chair of the Assembly of Members for 2019, whom became Dr Hemma Bauer (Austria).

BBMRI‑ERIC (Biobanking and Biomolecular Resources Research Infrastructure) was established by the European Commission´s Implementing Decision of 22nd November 2013. The host country of BBMRI-ERIC statutory seat is Austria, while the Czech Republic became one of the founding members of the consortium. BBMRI‑ERIC, being one of the largest research infrastructures in Europe, shall establish, operate and develop a pan-European distributed research infrastructure of biobanks and biomolecular resources in order to mediate the access to resources and facilities and support top-class biomolecular and medical research, development and innovations. 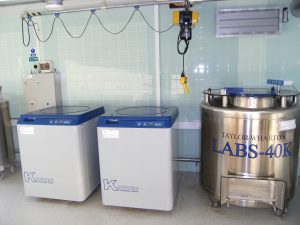 The Czech Republic participates in the BBMRI-ERIC through the large research infrastructure BBMRI‑CZ (Bank of Clinical Specimens), which is coordinated by the Masaryk Memorial Cancer Institute in Brno. The main focus of BBMRI‑CZ is to process human biological samples (especially primary tumour tissues and other relevant samples) and to secure their long-term sustainability in order to provide future access to the relevant data. BBMRI‑CZ reflects the needs of Czech as well as international research community in biological and medical sciences by providing high-quality services and focusing on public health challenges, which are addressed by development of new technologies and tools that improve diagnosis, prevention and treatment of diseases, and accelerate advances in personalised medicine. 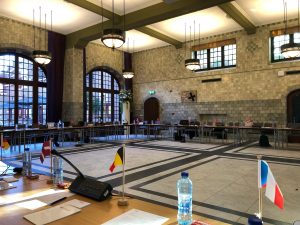