FAIR (Facility for Antiproton and Ion Research) is a new European research infrastructure for nuclear and hadron physics being under construction at Darmstadt in Germany as a part of the capacity of GSI Helmholtzzentrum für Schwerionenforschung. The Czech participation in FAIR, organized within the FAIR-CZ, is anticipated to cover not only the research activities in hadron physics, nuclear physics and nuclear astrophysics in CBM (Compressed Baryonic Matter), PANDA (Anti-Proton Annihilation at Darmstadt) and NuSTAR (Nuclear Structure, Astrophysics and Reactions) research pillars of FAIR, but also activities in other fields of science such as radiobiology and biophysics developed in APPA (Atomic, Plasma Physics and Applications) research pillar of FAIR.

Multidisciplinary aspect of FAIR-CZ represents its unique feature, supported by portfolio of services, such as support and infrastructure for development and production of complex scientific devices for FAIR experiments in the Czech Republic, coordinating access to research at FAIR, as well as to technologies developed in all 4 FAIR research pillars and operation of computer centre in the main FAIR hosting institution, which serves as national Tier3 centre of GRID computer network. After its completion, FAIR will be leading worldwide facility for hadron and nuclear physics for several decades. FAIR will be unique in areas such as production of highly-compressed plasma exploiting intense heavy-ion beams, with unparalleled research program with cooled antiproton beam and internal-target storage-ring capabilities for Quantum Chromodynamics studies. The Czech Republic has been an associate (aspirant) member of FAIR since March 2019.

A number of complex detector systems is necessary to perform experiments at FAIR. The development of ECAL (Electromagnetic Calorimeter) for experiment HADES@FAIR and PSD (Projectile Spectator Detector) for CBM experiment are the main Czech contributions to CBM pillar of FAIR. The Czech contributions to R&D and production of electromagnetic PbWO4 calorimetry system, silicon tracking detectors or low mass superconducting passive shielding for transversely polarized gas targets in large angular acceptance spectrometer detectors as well as in particle identification system based on Ring Imaging Cherenkov detector technology and in central Data Acquisition system are also planned in PANDA pillar of FAIR. First experiments exploiting FAIR are expected at 2018.

Czech companies benefit from the involvement of the Czech research community in FAIR by delivering sophisticated research instruments for FAIR and thus improve their technological expertise. Specific examples are development of new silicon sensors with high densities of pads and with high tolerance to radiation, massive production of PbWO4 scintillators, ultra-high vacuum components or the new hardware and software solutions needed for extremely high data rate. 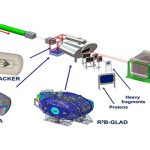 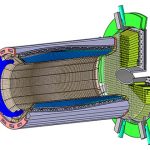