Europe’s largest social science panel study, The Survey of Health, Ageing and Retirement in Europe (SHARE), is a research infrastructure for studying the effects of health, social, economic and environmental policies over the life-course of European citizens and beyond. From 2004 until today, 530,000 in-depth interviews with 140,000 people aged 50 or older from 28 European countries and Israel have been conducted in nine waves of data collection. According to its current statutes, SHARE-ERIC would have ended in 2024 with its tenth wave. However, SHARE has consistently increased its productivity in producing scientific output and support for evidence-based policy advice. In its SHARE-ERIC Council Meeting on 17 May 2022, the Members of the SHARE-ERIC Council therefore unanimously adopted the decision to extend the duration of SHARE-ERIC beyond 2024.

“We are grateful that the Council Members committed to SHARE-ERIC after 2024. SHARE´s forward thinking future scientific agenda will support researchers and policy makers by providing data and research on pressing challenges like demographic change, health prevention and inequality. Our mission is to further produce a lot of valuable impact on academic research and data-driven policy recommendations,” says SHARE-ERIC Managing Director Axel Börsch-Supan. 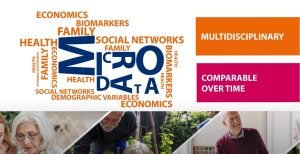 In 2011, SHARE became the first European Research Infrastructure Consortium (ERIC) ever. Over the past years, SHARE has proven its value multiple times. The Czech Republic is one of its Founding Members. Czechia participates via its node SHARE-CZ in the SHARE biennial data collection offering Czech researchers also the possibility to place their own questions into an additional paper questionnaire. The 9th wave of SHARE-ERIC has started on 21st October 2021. The interview is again supplemented by the national drop-off questionnaire and in this wave also by a test of cognitive abilities for some respondents (the Harmonized Cognitive Assessment Protocol, HCAP). Besides the Czech Republic, HCAP is also collected in four other SHARE countries. The fieldwork is done by the SCaC survey agency. 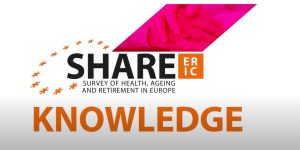