On 13th October 2021, the celebration of the 10th anniversary of the ELI Beamlines and HiLASE laser science laboratory projects took place in Dolní Břežany. Leading Czech and international stakeholders participated in the meeting held in the atrium of the ELI Beamlines research infrastructure, with Nobel Prize Winner Gerard Mourou contributing with his greetings. Pavel Doleček, Deputy Minister for Higher Education, Science and Research, Ministry of Education, Youth and Sports; Eva Zažímalová, President of the Czech Academy of Sciences; Allen Weeks, ELI ERIC Director General (Extreme Light Infrastructure European Research Infrastructure Consortium); Caterina Petrillo, ELI ERIC General Assembly Chair; or John Collier, Chair of the ELI ERIC International Scientific and Technical Advisory Committee, took part in the debates, during which the participants discussed the milestones of the future development of both research centres. The ceremonial event was held on the occasion of the 2nd meeting of the ELI ERIC General Assembly, which is the leading governance body of the ELI ERIC consortium. 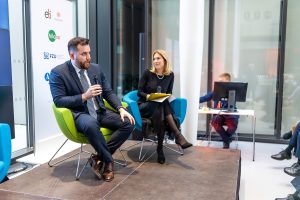 Celebration of the 10th anniversary of ELI Beamlines and HiLASE

Towards scientific and technological successes

“The implementation of the ELI Beamlines and HiLASE laser research centre projects in Dolní Břežany near Prague represents not only a significant milestone of the scientific and technological progress in the Czech Republic and Europe, but also a very remarkable success of the EU cohesion policy, aimed at reducing disparities in the research and innovation performance between the EU Member States. In the past decade, our attention was focused mainly on the successful completion of the construction phase of ELI Beamlines and HiLASE. In the upcoming decade, both laser centres must fully meet their scientific and technological goals as well. These are the performance of world-class scientific experiments based on the interaction of light with matter, the application of newly acquired knowledge in the development of the most advanced technologies and the use of new technology processes in industrial applications,” said Deputy Minister Pavel Doleček during the debate.

The ELI Beamlines and HiLASE laser centres were built in Dolní Břežany by the Institute of Physics of the Czech Academy of Sciences using the grant support by the Ministry of Education, Youth and Sports that was provided from the European Structural and Investment Funds. While the project of the HiLASE laser R&D centre was already fully completed using the funds of the Operational Programme Research and Development for Innovation (OP RDI, 2007–2013), the construction phase of the ELI Beamlines research infrastructure was completed in the upcoming period using the resources of the Operational Programme Research, Development and Education (OP RDE, 2014–2020). The ELI ERIC consortium was founded in 2021 with the mission of managing the activities of ELI Beamlines in the Czech Republic and ELI Attosecond Light Pulse Source in Hungary, and providing open access to ELI research infrastructure resources to the worldwide user communities. 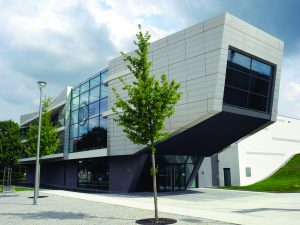