Minister of Education, Youth and Sports Robert Plaga, President of the Czech Academy of Sciences Eva Zažímalová, and Director of the Institute of Physics of the Czech Academy of Sciences Michael Prouza signed the memorandum on cooperation on the membership of Czechia in the legal entity of ELI ERIC (Extreme Light Infrastructure – European Research Infrastructure Consortium). The ceremonial act of signature of the memorandum on cooperation took place in the premises of the Czech pillar of the ELI research infrastructure – ELI Beamlines in Dolní Břežany near Prague, which will also host the statutory seat of ELI ERIC. Thus, the Czech Republic will become the host country of the statutory headquarters of an ERIC consortium for the first time. At the same time, Czechia will also become the world’s centre of laser physics and laser technologies, and their applications. The formal establishment of the ELI ERIC legal entity by the European Commission is expected in February/March 2021. 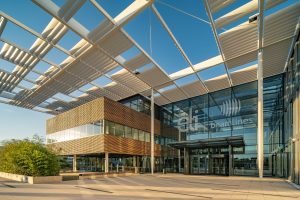 “With the establishment of the ELI ERIC consortium, the Czech Republic will reach another important milestone in the agenda of research infrastructures. So far, Czechia has joined 14 European Research Infrastructure Consortia, and participates in 8 international research organisations. Nevertheless, for the first time ever, the Czech Republic will host the statutory headquarters of an ERIC consortium. The memorandum, which we signed today with President Eva Zažímalová and Director Michael Prouza, is to confirm continuation of intensive cooperation between our three institutions in the implementation of the ELI project. I highly appreciate the hard work and the enormous efforts of everyone involved. Thanks to you, the ELI ERIC consortium will soon be introduced to the European and global expert and lay public, and with its establishment, the ELI research infrastructure will fulfil one of its life cycle stages. I believe that we will host the top-class laser experiments in the world in Dolní Břežany near Prague and Szeged, leading not only to breakthrough scientific knowledge, but also to new technologies addressing the grand socio-economic challenges of the 21st century,” said Minister Robert Plaga in his opening. 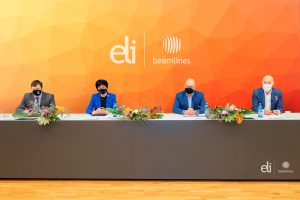 The signature of the memorandum on cooperation confirms the long-term close partnership between the Ministry of Education, Youth and Sports, the Czech Academy of Sciences and the Institute of Physics of the Czech Academy of Sciences on the implementation of the ELI Beamlines research infrastructure project in Czechia and the establishment of an international legal entity, the ELI ERIC consortium, which will centrally govern not only the Czech pillar of the ELI research infrastructure – i.e. ELI Beamlines, but also the Hungarian ELI Attosecond Light Pulse Source (ELI ALPS). Jointly with the Czech Republic and Hungary, Italy and Lithuania will also become Founding Members of the ELI ERIC consortium. Germany and Bulgaria will join the ELI ERIC consortium with the status of a Founding Observer, with a view to enter as a full Member in the next 3 years. Until then, the gradual enlargement of ELI ERIC is expected, to include other European as well as non-European countries, as the user community of ELI Beamlines and ELI ALPS will be gradually expanded. 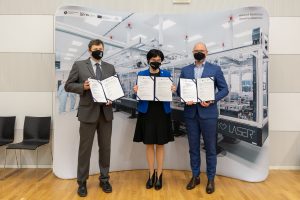 The IMPULSE project, amounting to nearly EUR 20 million, participated by 15 research institutions from 10 European countries and funded by the European Commission from the Horizon 2020 EU Framework Programme for Research and Innovation, will support the integration of the ELI research infrastructure sites within the ELI ERIC legal entity and help to fulfil these ambitions in the next 4 years. The operation costs of the ELI research infrastructure alone, including the ELI Beamlines and ELI ALPS facilities, will converge to almost EUR 50 million per year over that period. 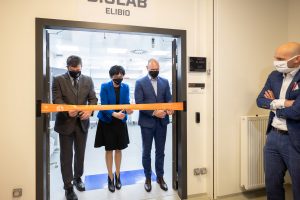 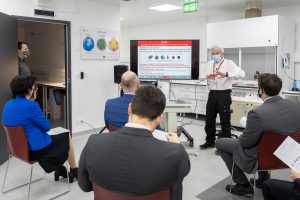