On 22nd January 2021, France, Czechia, Denmark, Finland, Italy and the CIHEAM (International Centre for Advanced Mediterranean Agronomic Studies) international organisation, as the Founding Members, and Belgium, as a Founding Observer, submitted an official application to establish the AnaEE-ERIC European Research Infrastructure Consortium to manage the AnaEE (Analysis and Experimentation on Ecosystems) European research infrastructure. France will become the host country of the statutory headquarters of the AnaEE-ERIC consortium. The formal establishment of the AnaEE-ERIC legal entity by the European Commission is expected within 6 months. The European research infrastructure AnaEE provides tools for the experimental studies of European terrestrial and aquatic ecosystems. One of the AnaEE core ambitions is to understand the complex influence of various factors that contribute to the global climate change. For this purpose, the AnaEE-ERIC consortium will develop technologies and know-how in the fields of ecosystem sciences, develop strategies to adapt and mitigate the adverse effects of climate change on food production, and thus contribute to the promotion of the European bio-economy. AnaEE is characterized by facilities, which allow for simulating a wide range of environmental changes, such as changes in the land use, pollution, biological invasion, increasing of greenhouse gas concentrations or the sudden occurrence of drought. This allows for testing the impacts of climate changes on ecosystems, whether it’s food production and quality, or the production of renewable energy sources, maintaining water in the landscape, provision of resources of drinking water, non-production functions, including the biodiversity protection, cooling functions in the landscape, or the role of ecosystems in reducing the greenhouse gas emissions through the carbon storage. Experiments carried out with the help of AnaEE expertise will allow for predicting the impacts on ecosystems up to several decades in advance, and thus start effective adaptation, when it’s still possible. 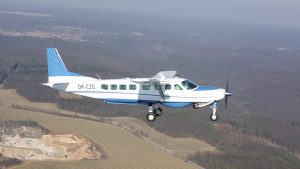 The Czech Republic is an important partner for the implementation of comprehensive international interdisciplinary research on the global climate change and its impacts on ecosystems. Czechia already participates in the ICOS ERIC (Integrated Carbon Observation System), and, as a potential Member, the Czech Republic also takes part in the preparation of the European research infrastructure consortia to manage the ACTRIS (Aerosol, Clouds and Trace Gases Research Infrastructure) and the DANUBIUS-RI (International Centre for Advanced Studies on River-Sea Systems) facilities. By entering the AnaEE-ERIC consortium, Czechia confirms its leading position in the environmental sciences within the European Research Area. 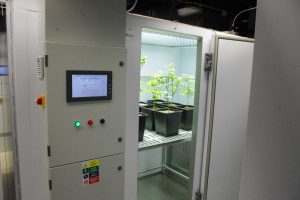