On 19th June 2019, the “Comet Interceptor” has been selected by the ESA´s (European Space Agency) Science Programme Committee as the new “fast-class mission” in its Cosmic Vision Programme. Comprising 3 spacecraft, it will be the first to visit a truly pristine comet or other interstellar object, like the famed “Oumuamua” that is just starting its journey into the inner Solar System.

The composite spacecraft will wait for a suitable target at the Sun-Earth Lagrange point L2, which is 1.5 million kilometres “behind” the Earth as viewed from the Sun. Then, the mission will travel to an as-yet undiscovered comet, making a flyby of the chosen target when it is on the approach to Earth’s orbit. Its 3, now separated, spacecraft will perform simultaneous observations from multiple points around the comet, creating a 3D profile of a “dynamically new” object that contains unprocessed material surviving from the dawn of the Solar System.

The Comet Interceptor is a “fast”, or “F-class” mission. The “fast” refers to the implementation time, with a total development duration from the selection to the launch readiness of about 8 years. The Comet Interceptor will in 2028 share the ride into space as co-passenger with ESA’s exoplanet-studying medium-class mission ARIEL (Atmospheric Remote-sensing Infrared Exoplanet Large-survey). In any case, the destination for the Comet Interceptor does not need to be known while the mission is being prepared; the spacecraft can be ready and waiting in the space for a suitable comet or different object encounter, and is expected to complete its mission within 5 years of launch.

As the Comet Interceptor will wait in the space, it will be able to target a comet or another object visiting the inner Solar System for the first time. In the past, “new” comets have only been discovered a few months to years before they pass through their closest approach to the Sun, which is too short notice to plan, build and launch a space mission.

Scientists from the Faculty of Mathematics and Physics, Charles University and Institute of Atmospheric Physics, Czech Academy of Sciences already participated on the Comet Interceptor proposal and it is expected that they will also take part in the development of scientific payload for the mission. ESA´s Science Programme currently offers many other opportunities for Czech scientists and industry. 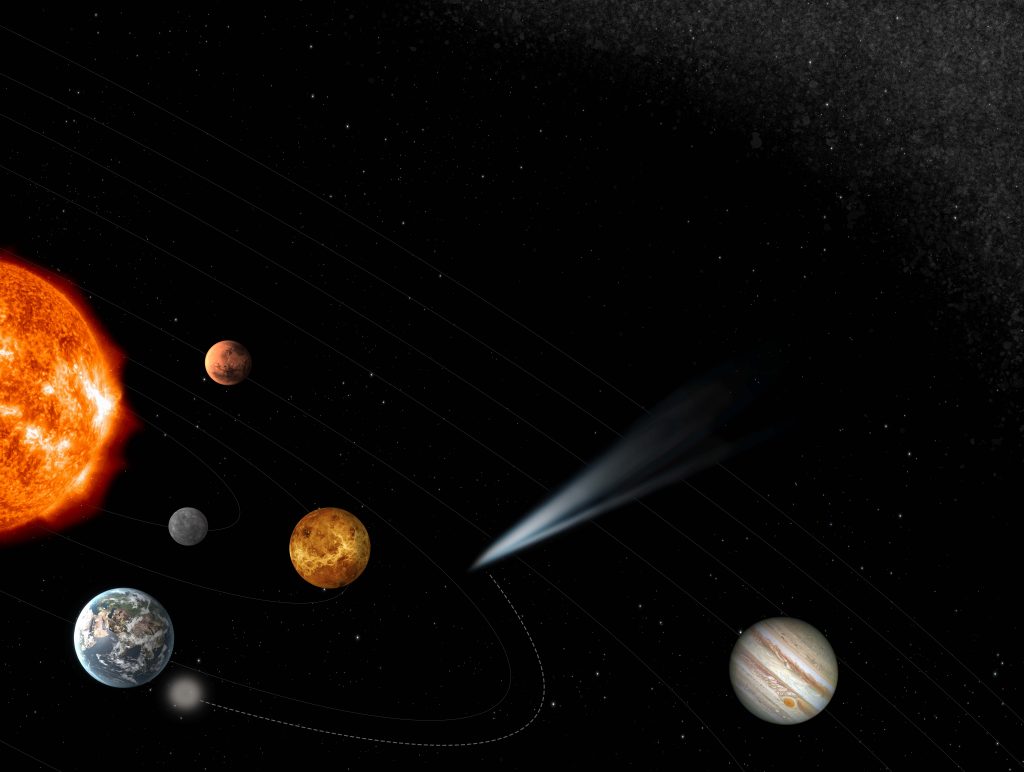