Brno, 16-17 May 2019 – The Czech-German scientific conference on nanotechnologies and advanced materials was held in the premises of the Central European Institute of Technology (CEITEC) in Brno. The event was attended by 150 participants, coming from Czech and German research and industrial communities. The 2-day conference programme provided the attendees with a platform for strategy debates on the most up-to-date material research, technology development and innovation trends.

The conference was organised under the auspices of the Ministry of Education, Youth and Sports of the Czech Republic (MEYS) and the German Federal Ministry of Education and Research (BMBF) within the framework of the Strategy Dialogue of the Government of the Czech Republic and Government of the Federal Republic of Germany. The event followed up on the conferences, which were arranged in 2015 in Prague and in 2017 in Erlangen, Bavaria.

Vice-Rector of Brno University of Technology Miroslav Doupovec opened the conference, followed by Christiana Markert, Deputy Head of Mission, who welcomed the conference attendees on behalf of the Embassy of the Federal Republic of Germany to the Czech Republic. Afterwards, the coordinators of the Czech-German Strategy Dialogue in R&D – Deputy Minister for Higher Education, Science and Research at the MEYS Pavel Doleček and State Secretary at the BMBF Georg Schütte – reviewed the current state of the Czech-German science and technology cooperation and outlined the perspective for strengthening of its support in the years to come.

For the very first time in the Czech-German Strategy Dialogue the Czech-German scientific conference was held in Brno. The research and innovation potential of Brno, significantly enhanced by investments made in the infrastructure by the use of the European Structural and Investment Funds, was presented by Petr Chládek, Chief Executive Officer of the South Moravia Innovation Centre (JIC).

The South Moravia metropolis became the venue of the conference not only because Brno has been an emerging science and technology hub in Central Europe. Brno was selected as the conference venue also because it is the birthplace of electron microscopy, which genesis goes back to the 1950s, when Armin Delong († 2017), a globally recognised physicist, founded the electron microscopy scientific field. In this context, Jaroslav Klíma, Chief Executive Officer of TESCAN ORSAY HOLDING, a.s., presented the emerging trends in electron microscopy, followed by Martina Kohlhuber, National Academy of Science and Engineering of Germany.

The key topics of the conference programme, which was divided in plenary and parallel panel debate sessions, were the advanced nanotechnologies, lightweight functional engineering materials, material research from the perspective of Industry 4.0 and Mobility 4.0, and research infrastructures operated in the respective disciplinary domains. Tomáš Šikola, Josef Jančář, Pavel Václavek and Michal Urbánek, Brno University of Technology CEITEC, acted as the panels´ coordinators on the Czech side, assisted by their German counterparts – Andreas Leson, Fraunhofer Institute for Material and Beam Technology; Karl Schulte, Hamburg University of Technology; Reiner John, Infineon Technologies AG; and Norbert Huber, Helmholtz-Zentrum Geesthacht.

Current and future opportunities for financial support of the Czech-German bilateral collaboration in research, technology development and innovation were overviewed in the course of the conference plenary sessions, jointly with good practice examples of already existing cooperation. One of the most important examples has been lately the RICAIP (Research and Innovation Centre on Advanced Industrial Production) Czech-German pilot Industry 4.0 collaboration project, which succeeded in the 2nd round of the 2nd Horizon 2020 Teaming Call and its implementation will be supported on the Czech side with budget allocation of more than 30 million EUR, to be granted via the Operational Programme Research, Development and Innovation (OP VVV).

The main conference programme was accompanied by optional on-site-visits, arranged to some of the top-class research, technology development and innovation capacities located in the Brno University of Technology CEITEC, Institute of Scientific Instruments of the Czech Academy of Sciences and TESCAN and Thermo Fisher Scientific companies, focused on the technology development, manufacturing and global supply of electron microscopes and other scientific instrumentation. The gala dinner on the eve of the 2nd conference day was hosted in the premises of Brno Observatory and Planetarium.

More information on the conference programme is available on the website cz-de-conference.ceitec.cz. 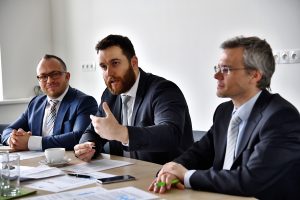 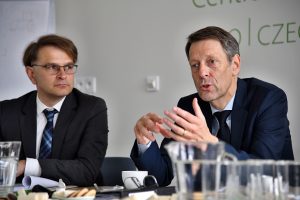 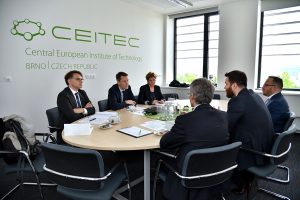 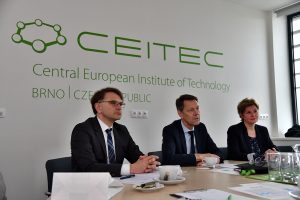 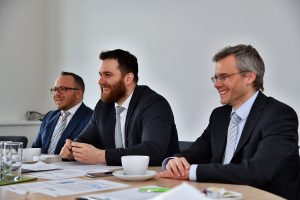 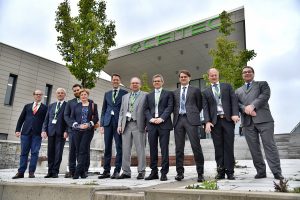 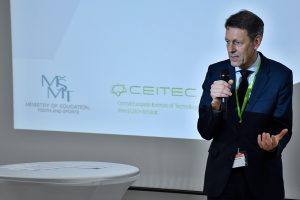 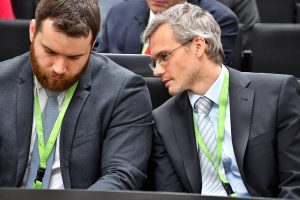 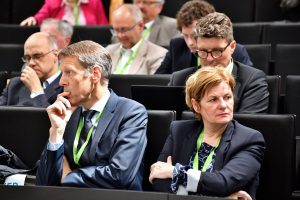 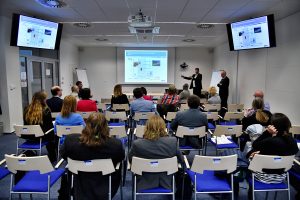 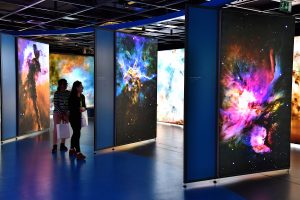 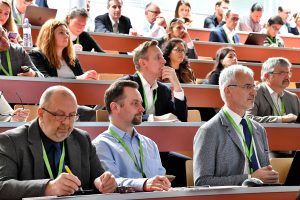 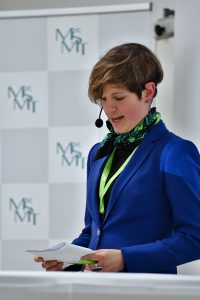 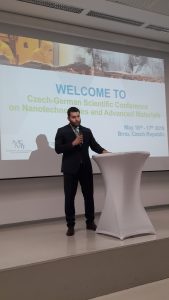 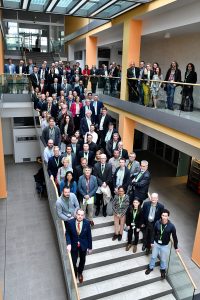