European Southern Observatory (ESO, full name: The European Organisation for Astronomical Research in the Southern Hemisphere) is an international organisation based in Garching by Munich, Germany. ESO currently comprises 16 Member States and its main goal is building and operating of the world´s leading array of astronomical observatories located in Chile. These observatories are at disposal (on competition basis) for astronomical and astrophysical projects implemented by the research institutes from within the Member States of ESO. Annual budget of ESO reaches approximately the level of 160 mil. EUR, out of which approximately 130 mil. EUR consist of the annual Member States´ contributions. Annual contribution of the Czech Republic is of 1.9 mil EUR (around 1% of ESO budget) and is covered from the resources of the Ministry of Education, Youth and Sports (MEYS).

Currently ESO operates 3 observatories in Attacama desert in northern Chile, where the best climate conditions for astronomical observations on the Earth could be found. Namely these areas are La Silla Mountain, Paranal Mountain (telescope VLT) and High Plateau of Chajnantor in the altitude of 5000 m (radio-telescopic array ALMA). Project of the world´s largest telescope ELT (Extremely Large Telescope) is under construction now with the costs of 1 billion EUR. Its completion and commissioning is expected in 2024. 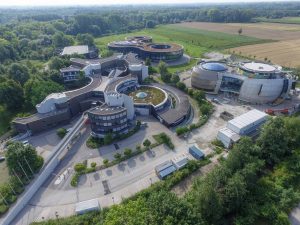 ESO´s observatories (jointly) are the most productive ground based astronomical facilities in terms of publications generated by using their equipment. The most significant discoveries are presented both to scientific community and wide public in official ESO press releases and are noted also in the annual reports of ESO.

Membership of the Czech Republic in ESO provides the Czech research community with an opportunity to compete for observational time and other instrumental capacities at disposal of ESO. List of related projects and publications is available on the websites of the Czech National Committee of Astronomy. Furthermore, the observatory of Institute of Astronomy, Academy of Sciences of the Czech Republic, in Ondřejov became in 2014 a regional centre of ALMA project (ARC) and provides with connection for astronomers from Central and Eastern Europe with the world´s largest radio-telescopic array ALMA in Chile. This regional centre is supported by the MEYS as the large research infrastructure EU.ARC-CZ. 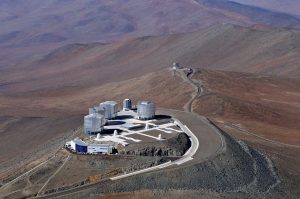 Notifications of ESO´s tenders and procurements are publicly available on the ESO´s websites. ESO also approaches the potential suppliers directly if they are recorded in the ESO´s database. All suppliers of technologies, goods and services interested in collaboration with ESO may send their business details information and ask to be included in the database of potential suppliers of ESO. In 2014, the Czech Industry Liaison Office for ESO was established at the Technology Centre of the Academy of Sciences of the Czech Republic. Questions and queries may be thus sent to Mr. Jiří Janošec, Ph.D., Deputy Head of Department for Business Development at the above mentioned centre.

ESO offers various job opportunities in scientific, engineering and administrative positions as well as paid long-term intern- and fellow-ship positions for Ph.D. students, young researchers and engineers. The positions are filled in based on a rigorous selection process. Member State´s citizens are prioritized within the selection procedure. Details can be found on the ESO´s websites.