ALMA (Atacama Large Millimeter/submillimeter Array) is a state-of-the-art observational facility in astrophysics built and operated in the worldwide cooperation in Atacama Desert in Chile at an altitude of 5000m. It provides astronomical observations at millimeter and submillimeter wavelengths. The main partners in the ALMA consortium – ESO (European Southern Observatory), NRAO (National Radio Astronomy Observatory) and NAOJ (National Astronomical Observatories of Japan) – have agreed to develop a research infrastructure to support the ALMA observatory users in the form of a network of three ALMA Regional Centers (ARC). The European ARC was created as a distributed network of 7 nodes coordinated from the ESO headquarters in Garching near Munich.

The Czech national node EU-ARC.CZ provides ALMA users with expertise in the fields of solar physics research, galactic and extragalactic astrophysics, physics of stars and interstellar matter, and laboratory microwave molecular spectroscopy. In all of these areas, EU ARC.CZ provides support to ALMA users across Central and Eastern Europe. In the field of solar research, it has even exclusive competence across Europe. The services provided to users by EU-ARC.CZ cover their research projects from assistance with proposal preparation (Phase I), mediation of technical details of the project with the observatory (Phase II), reduction and imaging of acquired data (QA2), up to professional assistance with data analysis and interpretation. EU-ARC.CZ has an HPC computing cluster for the processing and analysis of demanding interferometric ALMA data. EU-ARC.CZ also contributes to the further development of the ALMA observatory – it is participating in the evolution of the special solar observing mode and in the development of software for the processing of specific solar data. In fulfilling these tasks, EU-ARC.CZ works closely with other nodes of the European ARC and the ESO.

Since 2013, when the ALMA observatory was officially inaugurated, scientific observations have been carried out under a limited “Early Science” regime. At present, most of the anticipated instruments have been already installed and the observatory offers nearly complete operational capabilities, in the unprecedented range of observing frequencies and angular resolution. In 2017 the first solar observations were performed with ALMA in the special mode developed by EU-ARC.CZ, and also the first synchronous observations within the global interferometric network VLBI. However, the development of ALMA will continue in the years to come. A number of technological upgrades are already being prepared to enable observations that will provide answers to the fundamental issues of the formation of planets, galaxies, or the evolution of complex organic molecules in the Universe. This will also result in a further expansion of the ALMA observatory user community and thus an increase in the services provided by EU-ARC.CZ. Gradual expansion of the user community in Central and Eastern Europe is also expected. All these factors will place increased demands on the operational capacities and computing resources of EU-ARC.CZ.

The ALMA Observatory has already produced a number of groundbreaking discoveries, from the first images of proto-planetary discs, the detection of organic molecules in the Universe, or the detailed imaging of Einstein’s rings. Even in the coming years, ALMA will play a key role in the space research and fundamental physics. Thanks to EU-ARC.CZ, the research community of the Czech Republic is directly involved in the utilization and further development of this revolutionary instrument. The involvement of the Czech Republic in research and development in cooperation with ESO also brings the Czech high-tech enterprises the opportunity to participate in the development and production of technologies for top astronomical instruments. Through its service, research and educational activities, EU-ARC.CZ creates opportunities for a new generation of professionals in the Czech Republic and contributes to the development of international cooperation that reaches beyond the observational astrophysics sector. 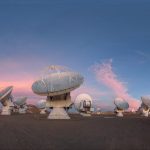 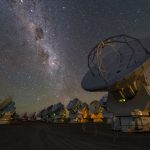 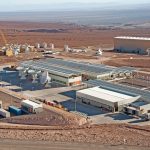 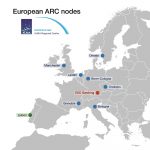