The European Commissioner for Innovation, Research, Culture, Education and Youth Mariya Gabriel visited the Extreme Light Infrastructure (ELI) in Dolní Břežany on Thursday, 7 June, 2022. The facility is the world’s most advanced high-power laser centre and is celebrating the first year since it was established as a European Research Infrastructure Consortium (ERIC).

This visit was the first by Commissioner Gabriel since the establishment of ELI as an ERIC one year ago. She was meeting ELI host country representatives and ELI management. The visit took place as the Czech Republic begins its turn as the Presidency of the Council of the EU.

The Czech Minister of Education, Youth and Sports Vladimír Balaš along with Hungarian State Secretary of the Ministry of Culture and Innovation László György greeted her. The ELI organisation was represented by ELI ERIC General Assembly Chair Caterina Petrillo and ELI ERIC Director General Allen Weeks. The President of the Czech Academy of Sciences Eva Zažímalová also attended the event.

“This visit is important as ELI is the first large research infrastructure hosted in the Central Europe by the EU new Member States,” says Director General Allen Weeks. “That sends a strong signal to scientists in Europe and the region that they can perform world-class science at facilities with those capabilities close to home.”

The ELI facilities are the world’s leading laser-based research infrastructure. They are dedicated to multi-disciplinary science and research applications of ultra-intense and ultra-short laser pulses. In addition to the site of the visit, there is a sister facility in Szeged, Hungary. A third is being built in Romania and will join ELI ERIC in the future.

This visit of Commissioner Gabriel draws attention to how the ELI facilities will enable European competitiveness by retaining and attracting expertise and talent, and increasing the innovation potential of European industry.

The ELI ERIC is an ESFRI Landmark and the first international research infrastructure completely located in the Central Europe and the EU new Member States. It provides access to the international community for experiments in medicine, radiography, fusion energy, environment, material sciences, nanotechnologies and biochemistry. Education and training opportunities for young scientists and engineers in lasers and photonics is a key part of the mission.

The visitors toured the facility and met with young researchers of the ELI ERIC facilities. The visit was organised in connection to the Conference on Synergies in the Research and Innovation Funding in Europe organised by the Czech Presidency of the Council of the EU.

The integration of the ELI ERIC facilities into a single organisation is underway and is expected to take place over the next two-to-three years. The merger is being facilitated by a EUR 20 million grant from the European Commission under the Horizon 2020 Framework Programme known as “IMPULSE”. The third ELI facility, ELI Nuclear Physics in Măgurele (Romania) is expected to join ELI ERIC in the near future. 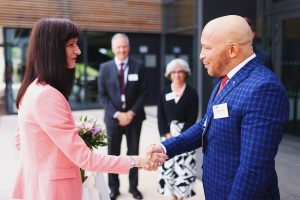 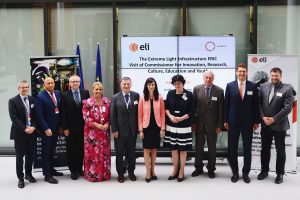 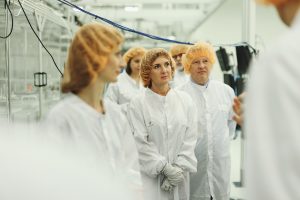 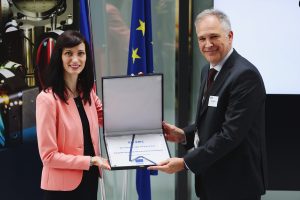 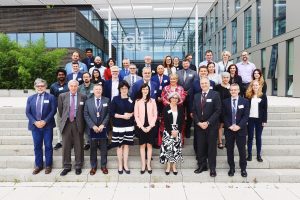