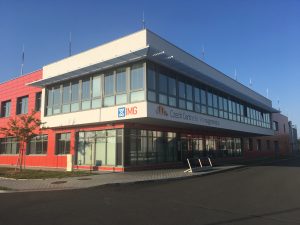 The core mission of the INFRAFRONTIER European research infrastructure is to coordinate the working sites network in the field of functional mouse genomics, thereby making a significant contribution to the human disease research. It also contributes to the establishment of standards for the systematic phenotyping of mouse models, and archiving and distribution of mouse mutants in Europe. It provides access to mouse models, data, scientific platforms and services to study the functional role of the genome in human health and disease. It contributes to the archiving and distribution of scientifically valuable mouse strains through EMMA (European Mouse Mutant Archive). It also performs systemic analysis of genotype-phenotype interactions using cutting-edge analytical and diagnostic methods in so-called mouse clinics. INFRAFRONTIER has been included in the Roadmap of the European Strategy Forum on Research Infrastructures as of 2008. The Czech national node of INFRAFRONTIER, CCP (Czech Centre for Phenogenomics), is included in the Roadmap of Large Research Infrastructures of the Czech Republic.

CCP offers the biomedical community open access to an extensive portfolio of unique and comprehensive scientific services through international collaboration within the INFRAFRONTIER European research infrastructure. CCP focuses on three key areas: the first one being genome editing mainly in laboratory rodents, which is currently performed primarily using the programmable nuclease (e.g. CRISPR/Cas9). CCP is among the best centres in the world in this area and offers these services to researchers from all around the world, thereby facilitating the development of animal models to study human diseases. Secondly, CCP focuses on phenotyping, i.e., comprehensive characterization of genetically modified models in order to describe the functions of studied genes with informative mutations. CCP is able to investigate all main physiological systems and reveal how and where specific gene functions. As CCP closely cooperates with partners from international consortia, all procedures and technologies are standardized, which improves results reproducibility. CCP develops not only new technologies for genome editing and for the characterization of physiological functions, but it also provides services in pharmacokinetics and toxicology, therefore contribution to the development of new medicines for both the academic and commercial spheres. This preclinical research represents the third area of CCP’s activities. PDX (Patient-Derived Tumour Xenograft), which investigates the development of human tumours engrafted into mouse models and the possibilities of their therapies using a personalized therapeutic approach, is also included in this area. Altogether, CCP’s scope is very broad, ranging from genetics and molecular biology to physiological disciplines, and from biochemistry to technology disciplines, including mass spectrometry.

Involvement of Czechia in INFRAFRONTIER ERIC

Czechia will be engaged in INFRAFRONTIER ERIC through the Ministry of Education, Youth and Sports (MEYS) and the CCP Czech national node operated by the Institute of Molecular Genetics of the Czech Academy of Sciences. MEYS is financially supporting the CCP large research infrastructure with a special grant amounting to CZK 89 million in 2022. 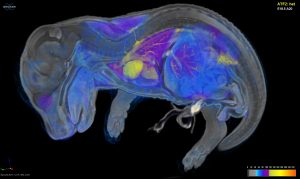