The 15th session of the ICOS ERIC General Assembly, which is the leading governing body of the ICOS (Integrated Carbon Observation System) European research infrastructure, took place in Copenhagen, Denmark, from 16th to 17th November 2021. The meeting was held in the conference premises of the Danish Geological Centre, a research institution linking the National Geological Survey of Denmark and Greenland, the Department of Geological Sciences at Aarhus University, the Department of Geological Sciences and Natural Resource Management at Copenhagen University, and the National History Museum. 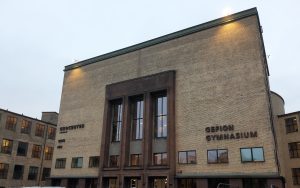 The Director General of ICOS ERIC, Werner Kutsch, announced at the beginning of the session that the 11 new greenhouse gas measurement stations have passed the rigorous quality assurance process for standardised ICOS data production and have been unanimously approved for ICOS ERIC certification. The newly certified stations are in five out of the 13 Member Countries of the ICOS ERIC consortium. There are three stations each in Denmark and France, two stations each in the United Kingdom and Germany, and another station in Italy. The British Auchencorth Moss and Weybourne stations are the first stations in the United Kingdom to achieve ICOS ERIC certification. The ICOS Auchencorth Moss station is one of the few stations in the world that measure the transfer of greenhouse gases between air and peatland. The station is located near Edinburgh, Scotland, but is situated on a large remote peatland in a windy landscape.

ICOS ERIC, through its national networks, currently operates a total of 148 measurement stations in a total of 13 countries, of which 91 are certified for greenhouse gas measurements. The stations monitor greenhouse gases concentrations in the atmosphere and carbon fluxes between the atmosphere, land surface and oceans. For each of these domains, there is a Monitoring Station Assembly that discusses, develops, and improves the scientific and technical tools for the observation. In each domain, Thematic Centres coordinate observations and support the stations. In addition to these centres, there are also Central Analytical Laboratories that provide gas analysis and calibration gases. Together, the Thematic Centres and the Central Analytical Laboratories form the Central Facility.

The ICOS community consists of more than 500 scientists from the current ICOS ERIC Member and Observer Countries and beyond. More than 80 renowned universities and research institutes are part of the ICOS community. ICOS data are used by scientists studying the Earth’s ecosystem and by various Governmental bodies and international organisations that need relevant science-based information on greenhouse gases for their decision-making on efforts to mitigate the effects of climate change. ICOS data can be accessed openly and freely at the ICOS Data Portal. 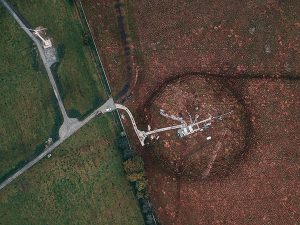 The next ICOS ERIC General Assembly will be held in Prague

The upcoming 16th General Assembly of the ICOS ERIC consortium will take place in Prague, from 17th to 18th May 2022, in the Villa Lanna under the auspices of the CzeCOS large research infrastructure, the Czech national node of the ICOS European research infrastructure. CzeCOS is a unique platform for conducting comprehensive international interdisciplinary research on global change and its impacts on natural ecosystems. It represents a unique set of fixed and mobile facilities, instruments and other supporting equipment for research on the impact of global change on natural ecosystems, study of adaptation mechanisms in plants and micro-organisms and subsequent development of procedures for mitigation measures. The interdisciplinary and synergistic integration of CzeCOS specific analytical instruments, its equipment for ecophysiological measurements, equipment for laboratory and field manipulation experiments, bioreactors for research and development of photosynthetic micro-organisms, ecosystem stations for studying the flow of substances and energy, and high-tech sensors for remote sensing of natural ecosystems enables the CzeCOS large research infrastructure to carry out comprehensive global change research at an international level. 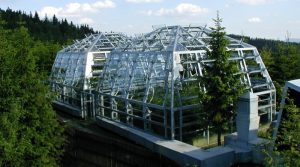