The CESNET association, which develops a national e-infrastructure for research and education and at the same time focuses on its own development in the field of information and communication technologies, commemorated its 25th anniversary with a short ceremonial online meeting.

Shortly after its founding, which took place on March 6, 1996, the CESNET association began to build an efficient computer network connecting universities and individual research institutes of the Czech Academy of Sciences. Thanks to this, experts from the Czech Republic can participate in international scientific research projects without any restrictions. Today, CESNET is one of the most advanced European e-infrastructures ever.

“CESNET is part of the state’s critical infrastructure. It provides services without which the Czech research and higher education sector could not function, “said Pavel Doleček, Deputy Minister, Research and Higher Education section, during the online meeting.

During the 25 years of its existence, CESNET has enriched European network research with a number of stimulating ideas and innovative solutions, many of which have been commercially successful. “CESNET has found a balance between research, development and operation,” said Miroslav Tůma, Chairman of the Board of Directors. He emphasized that the quality provided by CESNET is well above the average of user requirements and that it is at this time that it is proving necessary. He emphasized the important role of one of the founders of the association and its only director Jan Gruntorád. 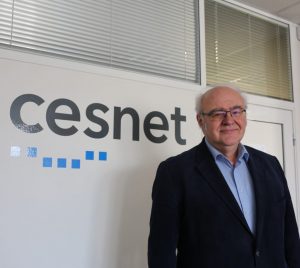 “The association conducts its own research at the national and international level, which is mainly aimed at improving the quality of e-infrastructure. Our main task is to serve users, because for most of them, information technology is not the primary area, but a tool of work, “reminded Helmut Sverenyák, CESNET Deputy Director for Research, Development and Innovation.

The association was behind the creation of several successful spin-offs, which were acquired by the world’s leading technology companies. With Netcope Technologies, it has developed a commercially successful 100Gb acceleration network card.

Today, CESNET provides more than 50 groups of services, many of which have been developed in collaboration with its users – universities, research institutes and the like. “We believe in a community approach. Therefore, many thanks to our users. CESNET is our joint work, “stated Tomáš Košňar, CESNET e-Infrastructure Technical Coordinator.

At present, the CESNET association is, among other things, an active coordinator of the modern national research e-infrastructure e-INFRA CZ, which it forms together with Masaryk University and the VSB – Technical University of Ostrava. E-Infrastructure e-INFRA CZ offers a comprehensive portfolio of services and, as part of its membership in the European Cloud for Open Science (EOSC), strives for free access to scientific data and other research or development results and supports their use in practice. The most advanced e-infrastructures such as e-INFRA CZ are used, for example, in the development of new drugs, in personalized medicine, in materials research and nanotechnology development, in research in the field of safety or environmental care, in the development of new energy sources or intelligent transport systems and in the implementation of the concepts of Smart City and Industry 4.0.

At the end of yesterday’s online meeting, the leading personalities of the CESNET association celebrated 25th anniversary with a virtual toast with representatives of the Ministry of Education, universities and institutes of the Czech Academy of Sciences, as well as with representatives of other important institutions. Everyone mixed the drink themselves according to a recipe specially prepared for the occasion.