On Wednesday, 6th November 2019, Prof Fabiola Gianotti was re-elected as the Director General of the European Organisation for Nuclear Research (CERN) for the period 2021-2025. Prof Gianotti has been CERN’s Director-General since 1st January 2016, as the first woman to become the Director General of CERN. The appointment will be formalised at the December Session of the CERN Council.

The forthcoming years will be crucial for laying the foundations of CERN’s future and implementation of important upcoming projects, such as the High-Luminosity LHC upgrade, fulfilment of the European Strategy for Particle Physics, and the construction of the “Science Gateway”.

The Czech Republic appreciated the first term of Prof Fabiola Gianotti in the office of CERN’s Director General and also supported her re-election.

CERN is an international R&D organisation based in Geneva, Switzerland, which operates the largest laboratory in particle physics worldwide. The Czech and Slovak Federative Republic joined CERN in 1992. The Czech Republic is a Member State of CERN since 1993. 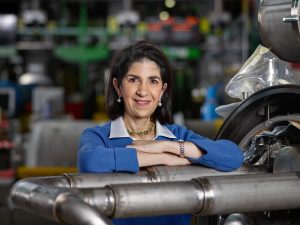