Dolní Břežany, 13th June 2018 – Minister of Education, Youth and Sports Mr Robert Plaga met with European Commissioner for Research and Innovation Mr Carlos Moedas and international partners in the premises of the ELI Beamlines research infrastructure. The key theme of their meeting was to overview the current state-of-play of ELI – project of the state-of-the-art laser facility – which will be managed under the legal framework of European Research Infrastructure Consortium (ERIC) once it enters the operational phase.

With respect to ELI Beamlines Facility Minister Plaga mentioned: “The primary goal of ELI Beamlines is to build up the most up-to-date laser facility in the world in order to provide the opportunities to realise research and application experiments consisting of the interactions of light with the matter within the scope of ten times higher intensities than is usual today”. The construction phase of ELI Beamlines was initiated in 2010. Currently, experimental facilities are being installed and commissioned. Two out of total four laser systems of ELI Beamlines have been already commissioned, another two secondary x-ray sources as well as the electron and proton accelerators are being tested now. The goal is to provide first user access to ELI Beamlines experimental facilities already in 2018.

Besides the bilateral meeting Minister Plaga and European Commissioner Moedas had a working lunch and managed to make also an on-site-visit to the ELI Beamlines experimental halls, jointly with other stakeholders from Ministry of Education, Youth and Sports, European Commission, Institute of Physics of the Czech Academy of Sciences (hosting institution of ELI Beamlines) and Czech Academy of Sciences Presidium. Ambassadors of Hungary, Romania, United Kingdom, Germany, Italy, France and Lithuania took part in the event too since their active engagement in the ELI project is crucial to its future success in Europe and worldwide.

Apart from the ELI-related topics Minister Plaga and European Commissioner Moedas debated impact of European Structural and Investment Funds on the socioeconomic development of the municipalities of Dolní Břežany, Vestec and Hodkovice in the Central Bohemia Region. Last but not least, Minister Plaga and European Commissioner Moedas exchanged their views on 9th EU Framework Programme for Research, Technology Development and Innovation titled “Horizon Europe” which will be the main Europe-wide funding instrument for promotion of the respective sectors in 2021-2027 with the total budgetary allocation reaching the level of 100 billion EUR. 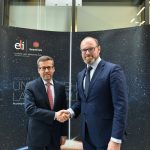 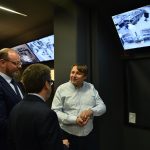 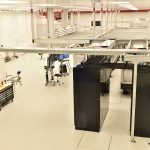 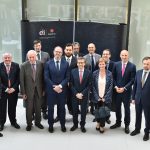