ESS-CZ is the Czech national node of the pan-European distributed research infrastructure ESS (European Social Survey).The European Social Survey (ESS) is an academically driven cross-national survey that has been conducted every 2 years across Europe since 2001. The main aims of the ESS are: (1) to chart stability and change in social structure, conditions and attitudes in Europe and to interpret how Europe’s social, political and moral fabric is changing; (2) to achieve and spread higher standards of rigour in cross national research in the social sciences; (3) to introduce soundly-based indicators of national progress, based on citizens’ perceptions and judgements of key aspects of their societies; (4) to undertake and facilitate the training of European social researchers in comparative quantitative measurement and analysis; (5) to improve the visibility and outreach of data on social change among academics, policy makers and the wider public. ESS publishes national and international integrated data files from ESS surveys in open access. In addition, it publishes Key Findings, enables eLearning via ESS EduNet platform, and maintains bibliographic database of publications resulting from research on ESS data.

ESS has become a key data source for substantive and methodological research. Since 2015, ESS will expand: (1) Networking Activities to extend the influence of National Coordinators in pre-pilot field experiments in order to test rotating modules of questions; (2) Joint Research Activities in the field of international comparative surveys; and (3) Virtual Service Arrangements will be updated and expanded to increase visibility and accessibility of data, metadata, and services. Technological platform of the ESS is located at the Norwegian Social Science Data Services and supports a dynamic information system that enables a cumulative growth of empirical data and metadata, plus methodological and analytical advancements.

The social sciences must pay close attention to the social and institutional arrangements that structure human interaction, behaviour and attitudes. Europe’s cultural diversity makes it a natural laboratory for the social sciences, which can analyse differences in institutions, structures, behaviours and beliefs across European states and relate these to explanations of human interaction. For these analyses the social sciences require regular cross-national surveys that are conceptually well anchored, conducted according to rigorous methodological standards and are available at little cost to a wide range of social science disciplines such as political science, sociology, social psychology, the study of mass communication and economics. Such data are valuable for researchers, state and local governments, and the general public. 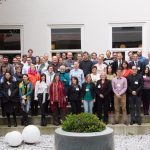 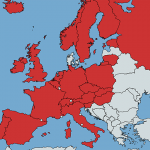