SPIRAL2 is a significant extension of the existing GANIL (Grand accélérateur national d’ions lourds) facility in Caen, France. SPIRAL2 is based on a linear accelerator with high beam intensity (up to 5 mA) and a beam energy up to 40 MeV for deuterons. The facility will enable to study nuclear physics topics including both basic and interdisciplinary. The participation of the Czech Republic has obtained a formal frame in 2011 in the Czech-French laboratory LEA NuAG (Laboratoire Européen Associé – Nuclear Astrophysics and Grids), which brings together both experimental and theoretical physicists. SPIRAL2 collaboration takes place in the fields of nuclear astrophysics, activation of construction materials for future energy, and the development of fast neutron generators for basic and applied research. In the future, it is also planned to share knowledge in the field of radioisotope research for medicine. At the beginning of the operation, SPIRAL2 will supply proton, deuteron and alpha beams and later also heavier ion beams to NFS (Neutrons For Science) and S3 (Super Separator Spectrometer) spectrometer. The Irradiation Chamber (IC) in the NFS area, equipped with the Pneumatic Transfer System (PTS), will enable charged particle beam activation of samples and their rapid off-line analysis. The neutron convertor will allow to study the activation of material samples by fast neutrons and to perform experiments with neutron beams by TOF (Time Of Flight) method. The S3 spectrometer will allow to select and study isotopes at the limits of stability and super-heavy elements. In the next phases, an experimental area DESIRs (Désintégration, excitation et stockage des ions radioactifs ) will be constructed, where low-energy radioactive isotopes will be studied. The area will be linked to the upgraded existing SPIRAL1 radioactive beam production facility. In the next plan, the laboratory will be equipped with a production target based on uranium carbide UCx, where intensive radioactive beams will be produced by ISOL (Isotope Separation On-line) method. The existing experimental lines, cyclotrons, and spectrometers of GANIL will then be interconnected to SPIRAL2 to enable an option of post-acceleration of new radioactive beams.

The first part of SPIRAL2 – NFS will be commissioned in 2018 and the linear accelerator will begin its operation. The commissioning of the S3 spectrometer is scheduled for 2020. The Irradiation Chamber for SPIRAL2/NFS was developed in the Czech Republic and was installed in 2017. The first experiments are expected in 2019 with the beginning of operation of NFS. Development of prototype targets for the research of radioisotopes for medical applications will continue within the framework of the Czech infrastructure. The development of the radioactive beams production target R-OBOT (Řež – Other Beams Other Targets) will start in 2018. One of the utilization scenario assumes intensive beams of 3He for the production of radioactive isotopes of oxygen, that will be used to study nuclear reactions with an astrophysical interest.

Czech companies with high technological know-how will participate on delivery of the R-OBOT production target for SPIRAL2. The Czech Republic will further benefit from its involvement in SPIRAL2 by sharing knowledge in the research of radioisotopes for medicine and from the complementarity of SPIRAL2/NFS and neutron generators installed at the Institute of Nuclear Physics, CAS. The access to the laboratory will be beneficial for students and young workers who will gain appropriate experiences and knowledge. 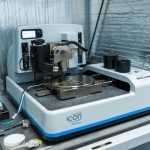 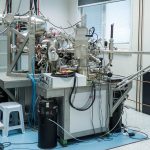 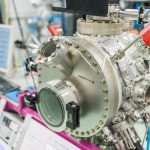 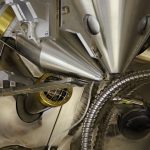