ELI (Extreme Light Infrastructure) is in its scientific and political attributes, a unique international research infrastructure that will use the new generation of laser technologies to create the most intense light pulses in the world.

ELI will provide a background for a wide range of basic and applied research based on the interaction of light and matter in a previously inaccessible light beam intensity mode. The complexity of ELI reflects not only its international character but also the fact that its implementation at national level is carried out using the resources of the European Structural and Investment Funds.

ELI will explore the interaction of light with matter at the highest intensities and the shortest time spans. The intensity of laser pulses will be several orders of magnitude higher than current state-of-the-art technologies. ELI’s scientific, engineering and medical goals are then tailored to the benefit of society and industry. ELI Beamlines aims to establish and operate the most intense laser system in the world. Thanks to its ultra-high performance of 10 PW (petawatt = 1015 wattu) and intensities up to 1024W/cm2 ELI will offer its users a unique source of radiation and accelerated particles. These so-called beamlines will enable pioneering research not only in the fields of physics and material science, but also in biomedical and laboratory astrophysics and many other sciences. The preparation and implementation of the construction of the research infrastructure of ELI Beamlines is carried out by the Institute of Physics of the Academy of Sciences of the Czech Republic.

The implementation phase of ELI Beamlines will be completed in 2018 by commissioning of the main laser and experimental systems after which open access to the facility for external users will be granted. In 2018, the new legal entity ELI ERIC will be established. By 2019 ELI will continue working on integration of all systems and increase the power of all technological systems and lasers up to their planned peak performance.

ELI Beamlines consolidates Europe’s position in global laser science and in addition it offers new opportunities for Czech and European industry. As well as basic research and development in the field of laser science, ELI Beamline´s applied research covers the domains including oncological treatment, techniques of medical imaging, fast electronics, study of the material ageing of a nuclear reactors and new methods of nuclear waste management. The Czech Republic will become a hosting country for top international research, which has a potential to attract new investments to highly developed technologies with a high value added. 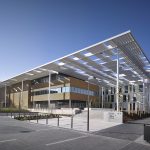 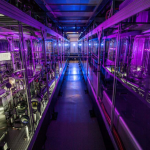 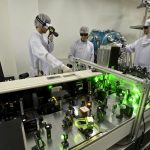 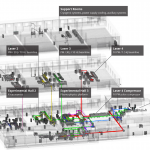