CzechGeo/EPOS is a distributed network of geophysical observations operated by the Czech research organisations. The system consists of permanent observatories (seismic, GNSS, magnetic, gravimetric and geodynamic), usually incorporated into global data networks, local stations or networks in areas of long-term significance for basic research or applications, and mobile stations, which serve for temporary monitoring at selected points, usually within the scope of large international projects. CzechGeo/EPOS is closely connected with the pan-European research infrastructure EPOS (European Plate Observing System) and its service covers continuous monitoring of geophysical fields on the Czech territory and in selected areas abroad via long uninterrupted series of measurements on fixed sites, which are vital for understanding the Earth interior processes. CzechGeo/EPOS provides user-friendly data access to global or regional data bases/repositories, including real-time data access, transmits access to high-level products (e.g. waveform data, seismological bulletins and regional catalogues, geomagnetic indices, time series of coordinates) and integrates data in the frame of the Implementation Phase of the EPOS Project. CzechGeo/EPOS involves nearly all observational activities related to the solid Earth carried out by the Czech geoscience institutions. Through participation in more than 20 global or regional networks, CzechGeo/EPOS builds up close cooperation with European partners and contributes substantially to better understanding of the processes in the interior of the Earth and on its surface.

Most of the observatories and networks of CzechGeo/EPOS will be upgraded and, if needed, also expanded. The upgrade will concern those components that are close to the end of their lifetime or that have to be innovated in order to respond to the actual demands of research community and to the technological development. In addition to innovation of existing facilities, new components (e.g. West Bohemia Near Fault Observatory, involving 3 boreholes) are planned. Cooperation with EPOS will be aimed at contributing to and taking advantage of thematic and integrated core services. According to the strategy of EPOS, geological and archive geophysical data will be included. The consolidation of data will include also an implementation of international standards (CGI, OGC) and presentation of data in conformity with the European legislation (INSPIRE). Data access will be also provided in cooperation with the European Geological Data Infrastructure EGDI, developed in the frame of EuroGeoSurveys as a sustainable technological platform, that will enable to share data with other infrastructures (EPOS, EMODnet, Copernicus) and with the international research program GeoERA, in particular with its Information platform.

CzechGeo/EPOS contributes through seismic and geothermal monitoring to an effective exploitation of geothermal energy. Exposure to shaking due to local and regional earthquakes is the major threat for safety of critical infrastructures, nuclear power plants in particular. Geophysical data are vital for exploration of sites for nuclear waste repositories as well. The research infrastructure also focuses on monitoring slope stability around deep open pit brown coal mines in West Bohemia and other areas exposed to slope deformation. CzechGeo/EPOS closely cooperates with public authorities, e.g. State Office for Nuclear Safety (SÚJB) and Radioactive Waste Repository Authority (SÚRAO), with administration of municipalities, National parks and reserves as well as with companies in energetics or mining industry. The data obtained are also used for amendments of national norms, e.g. Czech National Annex of Eurocode 8 – Design of structures for earthquake resistance. Access to geological and geophysical data is a prerequisite for correct interpretation of the results of measurements. 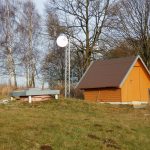 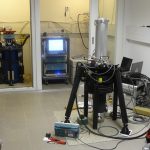 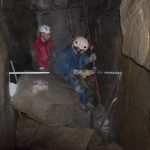 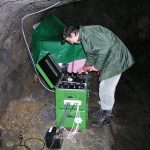