The RINGEN research infrastructure consists of research centre building and its technical background that will be constructed in the City of Litoměřice in the area former army barracks. In this location the deepest (2,1 km) geothermal testing well PVGT-LT1 in Czechia was realised in 2006-2007. The other RI´s core facilities are the Underground Laboratory Josef near the City of Příbram and research facilities of the RI´s partners. The main goal of RINGEN is the research and development support and offering services and expertise in the deep geothermal energy exploitation and related areas such as underground construction or oil & gas exploitation. Geothermal research includes a wide range of technical and geoscientific disciplines and testing in real conditions. RINGEN will there provide various services such as numerical modelling of the heat transport and extraction, geological, hydrogeological and hydrochemical survey and modelling, analyses of hydrothermal alteration due to hydraulic injections, or assessment of the induced seismicity and slow surface deformations, their monitoring and analysis. RINGEN will also cover socio-economic aspects of the geothermal energy exploitation and its impacts on environment.

RINGEN is intended to act as one of the nodes of the European network of geothermal test sites. It will enable verifying new drilling technologies, technologies of rock permeability stimulation for creating deep-seated heat exchangers or the microseismic monitoring. RINGEN will also focus on analysis and research of new localities with potential of deep geothermal energy exploitation in cooperation with ministries, regions and industry.

The main aim of RINGEN is to contribute to increasing the energy efficiency and security. This will be achieved by undertaking its own strategic research and by development of research disciplines needed for economically efficient, safe and routine exploitation of widely existing geothermal energy. The RINGEN research infrastructure will provide services for public research, commercial institutions and industry in order to further develop technologies needed for deep geothermal energy utilisation for heating and cooling. This will subsequently allow the reduction of costs for renewable energy, which results in decreasing CO2 emissions. Increasing detection of seismic networks belongs also among very important research tasks; it can be used not only in geothermal domain but also during realisation of mining constructions or other constructions that might cause earth tremors. Approximately 30% of the capacity dedicated to the external users will be offered to commercial sector. Owing to this, RINGEN will contribute to development of specific areas of geothermal, energy and building industry. 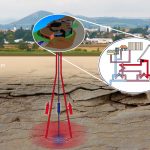 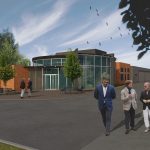 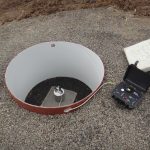 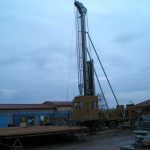