Joint Institute for Nuclear Research (JINR) is an international R&D organisation based in Dubna, Moscow region, Russian federation. Its research area covers the theoretical and experimental particle and nuclear physics, condensed matter physics and radiobiology. Established in 1956, JINR comprises 18 Member States and several other countries cooperating on the basis of bilateral agreements. Annual budget of JINR is about 210 mil. USD while the contribution of the Czech Republic, covered from the budgetary chapter of the Ministry of Education, Youth and Sports, is slightly below 6 mil. USD per year.

The fundamental experimental facilities of JINR are primarily the Nuclotron (accelerator of light and heavy ions), cyclotrons U-400 and U-400M that are used for synthesis of super heavy elements and light exotic nuclei and recently launched DC280 as a part of SuperHeavy Element Factory (SHE-factory), pulsed neutron reactor IBR-2 and accelerator of protons Phasotron. New experimental facility – Baikal neutrino telescope (Baikal-GVD) and collider NICA are under construction. An important role in JINR plays also the computing infrastructure MICC with supercomputer Gvovorun and the educational programme of the University Centre of JINR. All scientists participating in JINR research programmes are allowed to access the JINR research infrastructure. Students´ programmes are open for all applicants. The data from JINR experiments are available to scientists participating in the projects. 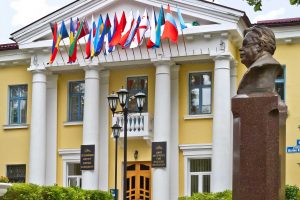 It is expected that employees from a Member State are “posted” by the Member State where approval from the Member State is required. In rare occasions it is possible to be employed directly by JINR. JINR offers also a number of opportunities for students or JINR summer study programme. 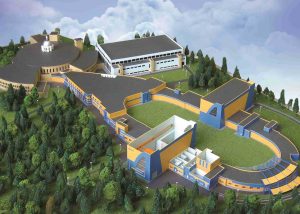